Marketing The Messiah is a documentary about how a messy, confused, fringe Jewish cult turned into Christianity as we know it today.

If you missed our Kickstarter campaign but would like to help us out, check out our Patreon page and thank you! 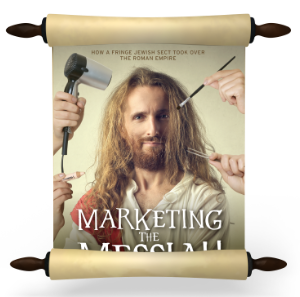